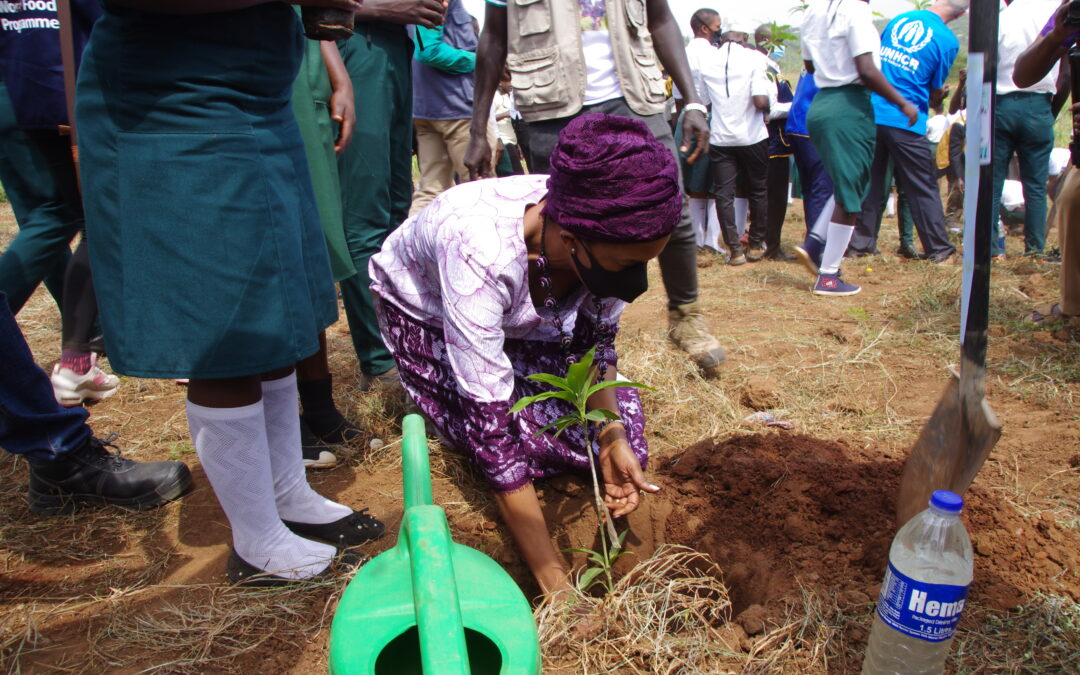 The Public Financial Management Reforms Coordination Unit-PFM RCU was part of the activities held to commemorate the 2022 World Refugee Day which was held on June 20 in Nakivale Refugee Settlement. The PFM RCU offers refugee support services through the Uganda Intergovernmental Fiscal Transfer Programme which is funded in partnership with the World Bank.

The refugee support services are largely focused on improving service delivery in the areas of Health, Education Water, and Environment.
The services are aimed at supporting and improving the quality of life of the refugees and the refugee-hosting communities. The theme for this year’s World Refugee Day was dubbed, “Whoever, Wherever, Whenever.

Everyone has the Right to Seek Safety.”  Speaking at the event, the state minister for Relief, Disaster Preparedness, and Refugees.

Hon. Esther Anyakun Davinia said the huge refugee population in the country continues to pose a lot of challenges to the response.  She called for increased support from donors and other agencies to see how best Uganda can ably support the continuous influx of refugees in the country. Hon. Anyakun particularly acknowledged the World Bank for the support extended through the Development Assistance interventions that are currently being undertaken to address the impact of forced displacement in the refugee-hosting areas.

According to the Office of the Prime Minister, Nakivale is a host to over 141,000 refugees from over 12 countries. Notably, 70% are from DRC, 11% from Burundi, 6% from Rwanda, and about 1% from Somalia among others.  Some of the challenges within the Nakivale Refugee settlement is increasing pressure on social services especially schools and health facilities mostly because of the increase in the number of new arrivals.